-Facebook and other platforms insisted that they didn’t want to be “arbiters of truth.” The coronavirus changed their mind overnight » -Evelyn Douek [1]

The Internet has laudably democratized expression, shifting the narrative from freedom from government muzzling to freedom to express oneself to a broader audience, irrespective of  means or pre-existing status.[2] Whereas prior to the digital age, only the moneyed or otherwise influential could fathom reaching a significant audience, thereby enfeebling any affirmative construction of free speech, the Internet has become the proverbial “soapbox” of our century,[3] providing everyone and anyone with an optimal platform. Social media in particular laudably corrected the imbalance of power to disseminate information, decried by the Supreme Court of Canada in what seems like a distant epoch (1998)[4].

But if we were previously cloistered in proverbial silos or echo-chambers of like-minded individuals on social media[5], we are now physically sequestered by the Coronavirus.

Plainly put, in the age of confinement, the socially distant are connected But for the grace of social media platforms. As a result, lockdown leaves even those privacy advocates most resistant to succumbing to social media’s temptations markedly vulnerable and exposed, at the mercy of platforms[6]. For failing to ‘consent’ to preordained terms and conditions simply risks severing the very ‘lifeline’ that maintains the precious social connections we naturally crave and appealing moderation decisions even internally is increasingly less feasible[7].

Indeed, in 2017, the Supreme Court of Canada recognized in Douez v. Facebook[8] that social media use is sine qua non to participation in public life. A fortiori in the age of Covid. The pandemic exposes consent’s desuetude in the digital age, an issue that’s been gnawing at us for years. In Douez the Court acknowledged that the problematic character of the former cornerstone of law, for: “to become a member of Facebook, a consumer must adhere to the conditions of use of the social network in their entirety, which includes the choice of court clause. There is no negotiation, no choice, no modulation… Facebook is a multi-national corporation which operates in dozens of countries. D [the plaintiff Douez] is a private citizen who had no input into the terms of the contract and, in reality, no meaningful choice as to whether to accept them given Facebook’s undisputed indispensability to online conversations”.

Indispensable then. All the more so now.

But a second issue is paramount in the age of the Pandemic. One that now compounds and indeed intersects with social media’s preponderance and the desuetude of legal tools meant to protect autonomy and civil liberties. Namely, whereas avoiding a breakdown of consensus respecting social-distancing and tentative next steps is crucial to democratic governments coveting compliance with pandemic-related measures, broader consensus as to both truth and values appears to be eroding. This is of course evidenced by the “fake news” phenomenon and related on social media discourse. More specifically:

“The appearance of digital platforms, smartphones and the ubiquitous surveillance they enable has ushered in a new public mood that is instinctively suspicious of anyone claiming to describe reality in a fair and objective fashion… In some ways, we have become too concerned with truth, to the point where we can no longer agree on it. The very institutions that might once have brought controversies to an end are under constant fire for their compromises and biases. In this manner” hat we are witnessing is a collision between two conflicting ideals of truth: one that depends on trusted intermediaries (journalists and experts), and another that promises the illusion of direct access to reality itself” [9].

This renewed longing for autonomous ‘fact checking’ or ‘uncorrupted’ access to reality was somewhat ironically sparked by social media’s empowerment of individual expression. But this longing also unfortunately (in Kwame Appiah’s words), “compounds irrationality”[10] and masks the algorithmic puppeteer behind the curtain of seemingly ‘undistilled’ or unspoiled information, thereby aligning with the term fake news’ original meaning[11]. As previously noted, social media’s very structure (compounded by microtargeting…)  tends to bestow the appearance of veracity on even the most mendacious of sites, in the absence of gatekeepers[12].

Ushered in by Corona and after fits and starts regarding the propriety of content moderation[13] social media platforms and public authorities’ respective interests have now to an important extent converged in emergency times[14].

The latter, as previously noted, strive to shore up consensus and enforce compliance with social distancing efforts whereas the former not surprisingly seek to avail themselves of an arguably unprecedented opportunity to ‘set policy’. As Facebook’s Mark Zuckerberg tellingly observed prior to the ‘new normal’: “In a lot of ways Facebook is more like a government than a traditional company. We have this large community of people, and more than other technology companies we’re really setting policies”[15].

In this vein, the markers of the Emergency State bear repeating. They are inter alia opacity of [state] power and surveillance of its citizens[16]. For increasingly, as governments and platforms partner, “the powers of rule-making, enforcement, and review are all concentrated in the same hands.”[17] As platforms are uniquely positioned to assist in identifying pandemic indicia and harvesting precious data, their interests with public authorities not surprisingly align.  Accordingly, but especially salient to the Coronavirus age is “blunter enforcement”. Under the constitutional radar “platforms have been suspending their usual due-process protections. Being muted by an algorithm on Facebook or YouTube may have no legal consequence—unlike, say, being silenced by police in the public square”[18][19].

What then must we do?

We are increasingly witness to a parallel or alternate dimension where constitutional rights that democratic nations have toiled to enshrine and interpret can be effectively bypassed. While this situation prevailed prior to Covid, the above endeavored to highlight an increasingly preoccupying novel phenomenon. Plainly put, the public harnessing of private mediation of expression in emergency times. While it is beyond its scope to elaborate prescriptively, suffice it to proffer a few thoughts to how we might better frame the alignment of social media platforms and public authority interests and activities in democratic states.

In order to shore up the Rule of Law in the Digital Corona Age, procedural fairness is a first but mandatory step in the prevailing “private governance of an essential human right — speech”[20].   As Lord Sales cautioned: “Law is a vehicle to safeguard human values. The law has to provide structures so that algorithms and AI are used to enhance human capacities, agency and dignity, not to remove them. It has to impose its order on the digital world and must resist being reduced to an irrelevance” [21][emphasis added].

Here the German concept of Drittwirkung[22] is helpful. For in order to maintain said order, human rights may be upheld not only against the state but “against any group in society that is sufficiently powerful to functionally substitute for the state”[23]. In the end therefore, there may be an affirmative constitutional responsibility to interpret law to protect citizens against the actions of private groups who exercise what Lapidoth called “functional sovereignty”[24].

The Israeli Supreme Court’s ruling in Chevra Kadisha v. Kastenbaum is similarly instructive starting point in this vein. For “it is possible that other kinds of private bodies fulfilling functions of a public nature […] will be subjected to certain principles of administrative law”[25].

Balancing between speech related harms (including but not limited to prior restraint) and the threat of chilling expression or overcensoring[26] constitutes activity not unlike a high court.  Particularly when the COVID pandemic has revived social media and Facebook in particular as “a news powerhouse”[27], shifting from outsourcing content moderation to human teams to automating the process as these collapsed under the weight of the pandemic and putting Appeals for all intents and purposes on hold[28].

While it is beyond the scope of this limited text to elaborate, oversight must be restored and available at various levels: at the platform level (initial appeal of takedown); a hybrid alternative dispute resolution (ADR) process; and oversight by independent courts. As opined elsewhere[29] and employing Daniel Kahneman’s framework, “easy cases”[30] may and must be dealt with by platforms notwithstanding the emergency, subject to their furnishing their reasons and allowing the possibility of appeal. “Hard cases,”[31] which for their part require decision-makers to “think slow,” are best left to an accountable judiciary.[32]

For to what end rights and freedoms if they are disposed of at times of crisis or when they are most needed? [33]. What is access to justice if it is undermined by private action (global governance of expression) and public inaction in tandem?  As Nadeau correctly reminds us (and it bears repeating):  “Contrairement aux régimes autoritaires, on mesure la grandeur d’une démocratie libérale dans la capacité de ses leaders d’établir un juste équilibre entre les exigences que posent l’état d’urgence et le respect de l’État de droit” [TRANSLATION]: “Unlike authoritarian regimes, liberal democracy’s greatness is defined by its leaders’ capacity to reach a fair balance between the requirements of a state of emergency and respect for the Rule of Law”[34].

[12] The Atlantic observes that “The poor got socially close, it seems, so that the rich could socially distance. Online: https://www.theatlantic.com/health/archive/2020/04/coronavirus-class-war-just-beginning/609919

[14] Underlying these ‘dynamics’ as Benkler has remarked are deeper disaffections including but not limited to fractured identity, economic insecutity and profound challenges to demo institutions”

[16] Joelle Grogan, Webinar: The Bingham Centre for the Rule of Law would like to invite you to a virtual roundtable discussion of “The Global Coronavirus Emergency and the Rule of Law”

[19] Habermas' theory predominantly relies on the ability of individuals to discourse with each other in an effort to co-create legitimate laws that draw their legitimacy from a legislative procedure based for its part on the principle of popular sovereignty. Habermas, Between Facts and Norms, trans. William Rehg (1996), ch. 8; C. Zurn, Deliberative Democracy and the Institutions of Judicial Review (2007), 239-2_4_3_[2018] CLJ 630

[20] Kate Klonick “Does Facebook’s Oversight Board Solve the Problem” The Atlantic 2010 Online: https://www.cigionline.org/articles/does-facebooks-oversight-board-final...

[21]  Algorithms, Artificial Intelligence and the Law The Sir Henry Brooke Lecture for BAILII

[23] See by analogy Shavit v. not e-consumers but e-citizens must be protected

the Chevra Kadisha (Burial Society) of Rishon Le Zion, for an ostensibly private body providing public functions and therefore subject to the constitutional normative framework such as protecting human dignity.

[27] https://www.nytimes.com/2020/03/23/technology/coronavirus-facebook-news.html; See also WhatsApp is limiting forward capabilities messaging platform, as misinformation about the coronavirus pandemic spreads but looking to compete with Zoom by updating its platform to lift the limit on video calls

[28] Potts, Content Moderation and the Coronavirus, as part of the Berkeley Center for Law & Technology’s Legal Frontiers in Digital Media: 2020 Webinar Series.

[30] Which in accordance with A. Barak’s definition in a more general context require decision makes/ judges to use little or no discretion as the rule is clear and ‘easy’ to apply.

[31] In Barakian parlance again, are those that require decisionmakers/judges to deploy significant discretion given their thorniness.

[32] This in passing aligns with the GDPR, which requires that certain decisions not be taken without human oversight “The data subject shall have the right not to be subject to a decision based solely on automated processing, including profiling, which produces legal effects concerning him or her or similarly significantly affects him or her.” Article 22(1), GDPR beyond the scope of this limited discussion. 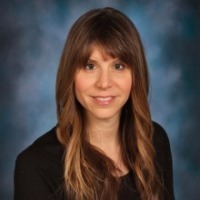