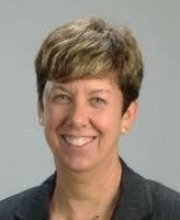 Deborah’s expertise focuses on global and Israeli cybersecurity law and regulation. Her law practice advises clients on high-level strategies for legal planning and regulatory compliance in the areas of corporate governance, preparedness, data protection and retention, internet fraud and cybercrime.

Deborah’s practice is supported by ongoing research on critical cybersecurity, satellite communications and outer space law issues. She is a research fellow at IDC Herzliya’s Institute for Counter-Terrorism, the Interdisciplinary Cyber Research Center at Tel Aviv University, and the Minerva Center at Haifa University’s Law Faculty.  In Israel, she teaches several university courses on cybersecurity law and regulation, with a focus on the interaction among public international law, domestic legal systems and contemporary technological developments in cyberspace. She has also taught as a guest lecturer at the Harvard Kennedy School’s Exec Ed Program on Cybersecurity: The Intersection of Policy and Technology in 2016. In 2010-11, she co-chaired the National Cyber Initiative’s Policy and Regulation Committee, under the aegis of the Prime Minister’s Office; and served as a member of Israel’s National Cyber Bureau’s Public Committee on the Cyber Professions.

Deborah’s experience at the international level includes her participation as a member of the International Group of Experts that drafted the Tallinn 2.0 manual on state activity in cyberspace; as a Core Expert on the Manual on International Law Applicable to Military Uses of Outer Space (MILAMOS) project; and as a member of the ILA’s Study Group on Cybersecurity, Terrorism and International Law. Currently, she serves on the Advisory Board for the Global Forum on Cyber Expertise; is a member of the Legal Research Advisory Group for the Global Commission on the Stability of Cyberspace and a researcher for the GCSC’s inaugural project on the Public Core of the Internet; and serves as Vice Chair of the American Society of International Law’s Law and Technology Interest Group. She is certified with the IBITGQ EU General Data Protection Regulation Foundation and Practitioner (GDPR F and P).

She is currently writing her doctoral thesis on government-industry partnerships for information sharing to mitigate cyber threats.